The focus of the laboratory’s work are the biological functions of RNA; we will use the spliceosome as a model, concentrating on the study of molecular mechanisms that govern pre-mRNA splicing.  Our goal is to understand the complex set of substrate-spliceosome interactions during assembly and catalysis, which affect the positioning of reactive groups at the active site.

We anticipate that our mechanistic studies in yeast will help us to understand the molecular interactions that influence splicing fidelity and alternative splicing in metazoan systems.  We have proposed a two-state model of spliceosome function, according to which substrate selectivity can be modulated by the competition of spliceosomal conformations between the 1st and 2nd step of splicing (Query and Konarska, 2004); studies of some implications of this model form the basis of the lab’s activity.

We are interested in the catalytic center’s general architecture.  We test new models of snRNA:snRNA interactions at the catalytic center, and analyze several spliceosomal factors involved in the substrate positioning for catalysis.  These projects form a part of a broader initiative to develop an orthogonal spliceosome system, in which selected spliceosome mutants function only in the context of a specialized, orthogonal substrate.

To better understand how pre-mRNA is positioned for catalysis, we investiagte exon sequences that compensate for the defects of the 5’SS.  Isolated yeast exon motifs are similar to metazoan exon enhancers; this striking sequence similarity is suggestive of common underlying mechanisms of action. We hypothesize that yeast exon motifs represent substrate binding sites recognized by the spliceosome; we study the molecular mechanisms underlying the function of these motifs. 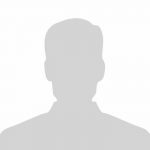